Getting Back Into The Driving Seat After Many Years

By Karla in Driving after long gap, HIghway Code
No comments 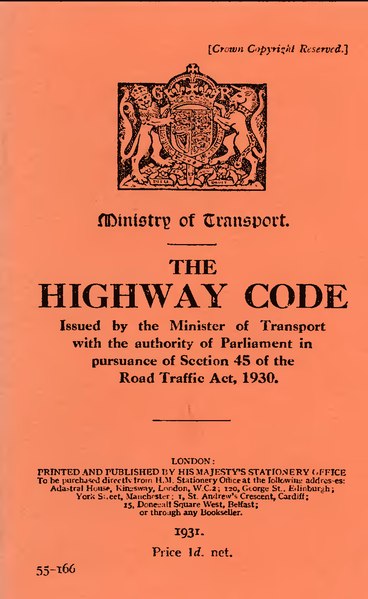 Looking online and on driving forums, there are many articles about what happens when you pass your driving test. They state that it is at that point that you start your real learning. There are also articles about the transition into older age and how to cope with that. But there are no articles about the forgotten breed, the people that passed their test and did nothing. Probably because there are so few, but I write this as one of those people. We don’t fall into the category of just passed, or refresher, or even a learner that is starting late in life, because we didn’t drive after we passed our practical test.

I passed my practical on my second attempt. They say all the best drivers pass on their second go (at least that’s what I was told anyway), and so I was relieved. Relieved that I didn’t need to drive for a long time. The reason I was relieved was the sheer amount of stress that came with learning to drive. I wasn’t a natural driver, and the thought of going out for a one hour lesson was enough to fill me with dread. The reason I continued to learn was because I was being told continuously that it was something that I needed to do. Then the time came. At 33 years of age, 14 years after passing my test and 16 years after starting to learn, life forced me into getting back on the (metaphorical) horse, and I learned a few things in the process.

So, here is what I learned, a practical guide for those that now need to drive.

Relearning Everything Is Okay

A lot of time has passed since I drove. There was a new hazard perception test that wasn’t around when I was learning. Would I really be able to remember everything that I learnt? Getting back into the driver’s seat is a mammoth task, so don’t feel that you have to jump straight into fifth gear. Book some refresher lessons and explain the scenario, but if the notion of sitting in a car while someone tells you about the biting point and everything that you feel you already know, the other option would be to get insured on a relative or friend’s car.

The other aspect of relearning is the Highway Code. But here’s a tip, the road signs looked the same as when I was learning, and it turns out that the common signs haven’t changed.

Buying A Car Is Really Difficult

Having learned in a Micra, I thought that www.nissanretail.co.uk was a handy place to start looking. It’s what I knew, so I stuck to that. Having viewed a wide range of cars I ended up coming full circle and buying a Micra anyway. The thing about buying a car when you’re that bit older and have had your license for so long is that the dealer’s expect you to know what they’re talking about. My advice would be to take a friend or a relative that has been in your position when hunting for the right vehicle. I had more than my fair share of advice from people that were more than willing to help. Here’s a fact: men love talking about cars. At length. So get all the information you can.

Don’t Be Afraid To Buy Sensibly

When people buy their first car, they are barely 17 and are looking for either something cheap or fast, preferably both. When looking for my first car I was after something that was easy to drive and had enough room to fit two other people in. Starting on the road after so long was still a stressful thought for me, so I decided to take measures to reduce the stress in the actual mechanics of driving and decided on getting a car with automatic transmission. It was in fact, the best decision I could have made. Although the cost was a tiny bit higher overall, it was worth it for the ease and control I felt I had over the driving. Not having to worry getting the biting point just right on hill starts and simply just putting my foot down took a lot of the worry out of driving.

When looking for insurance, it can depend on what your intentions are with the car, and how far your finances can stretch. If you are looking to just go to the shops and avoid lengthy journeys then a basic package should cover you for a decent price. A lot of insurance companies now offer a “plug in and drive” deal, where you put a device in your car that measures your driving standard and will give you regular feedback. If after a period of time your driving is of a high standard, you get a discount on your insurance.

That First Time On Your Own…

Is very daunting. Taking it from the dealership to home can feel like an impossible task. But remember to take your time, and break the journey into smaller, manageable chunks. If you need a break, take one, this is something that is requiring all your focus and it will take it out of you. Once you have got the car home, one of two things will happen, you will either regret buying the thing because your journey home was so stressful, or you will think that it wasn’t so bad. If the former happens, just go to bed and leave it to one side, it’s not going anywhere so you can think about how best to tackle it next time. If the latter happens, take it for another spin!

When going for your first spin, try to keep to roads that you know well in your local area. Each time you go back out, take it a little further away. Before you know it, you’ve done five miles, then ten, and after a short period of time, you’ve tackled the motorway! In which case, congratulations, you’ve achieved what you once thought was an impossible task. The freedom you have now attained is a wonderful thing, so go for a spin if you fancy! The world is yours!